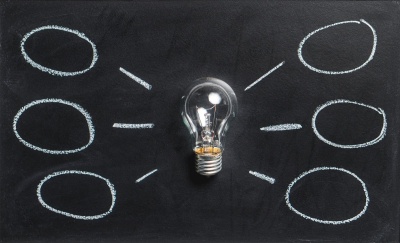 I mentor a group of young adults, and was recently handling a situation where another mentor systematically tore down much of the esteem I had spent several weeks helping them build up. Her reasoning for doing this was to “toughen them up” and get them ready for “the real world.” When asked her why she would purposely disparage young people just starting to grasp on to their own ideas, her response was, “Well, that’s just the way the world is.”

No. That’s the way narcissistic abuse is.

Fear-based tactics do not work, and they especially have no place in any sort of system where one person holds authority over another. When a mentor shoots down the ideas of a mentee, it creates a false dependence on the mentor’s “right” ideas. The mentee then feels a false insecurity about their own “wrong” ideas. Not only is this terrible teaching, this is extremely dangerous territory for anyone who has experienced narcissistic abuse. It reinforces the message that the abuser has more power over their destiny than they do.

Only a narcissist would create a situation where everyone around them has to look to them for the “right” answers. Narcissists love to exploit others by pretending to be experts with black and white answers. At first, their victims feel excited and relieved to have such a strong and charismatic leader tell them with such conviction and assurance what to do and where to go.  At last, somebody knows something. What victims don’t realize is that in exchange for this (false) assurance, they give up all of their own rights. They trade their very own identity and critical thinking skills. In order to have these answers, they discard everything about themselves that makes them uniquely human. By the time the narcissist’s “answers” don’t pan out they way they promised, it’s often too late for the victim. They are already caught up in a loop of having to defend the narcissist or make excuses. It becomes extremely difficult to reclaim one’s own thoughts and ideas, because they were forgotten long ago.

Disentangling oneself from a narcissist and reclaiming one’s own identity is possible, but it’s a long road of recovery. It requires the victim to have to retrace steps and figure out where they bought into the lies of their abuser. Usually it can be traced back to situations like what my colleague set up. People who claim to have the “right” answers can be extremely alluring.

“The Real World” is not narcissistic. Those who claim that people need a “tough skin” in order to make it in the real world are grooming others for narcissistic abuse. It’s a form of gaslighting. Skin, by design, is meant to filter and absorb. It’s not impermeable. Abusers like to use the “toughen up” criticism because it denies the other’s experience. If an abuser hurts someone, they don’t have to take responsibility for their actions if the other is “too weak to take it.”

Young adults are particularly at high risk for narcissistic abuse situations. Because they are still figuring out who they are, it’s easy to fall into the narcissist’s trap. Most don’t have the life experience to call bullshit on someone who uses the “real world” line on them. If they are driven by perfectionism, they might try win the abuser’s approval. If they are driven by fear, they might give up on themselves before they even get a chance.

Beware of any authority figure who doesn’t help you see the value of your own ideas.  Even if that idea has a long way to go in order for it to work, it has value because it uniquely belongs to you.

You Have Something To Say

You Have Something To Say